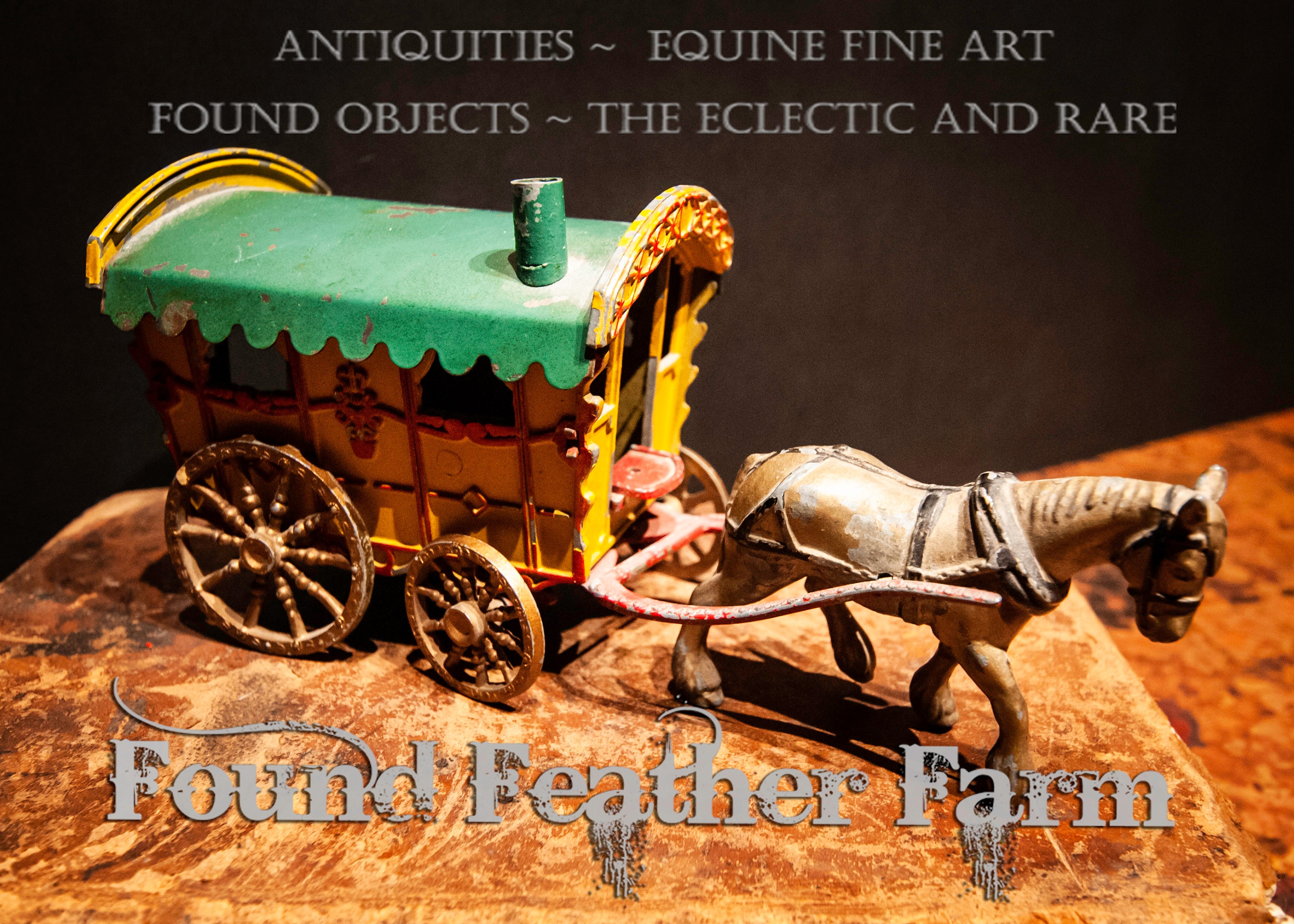 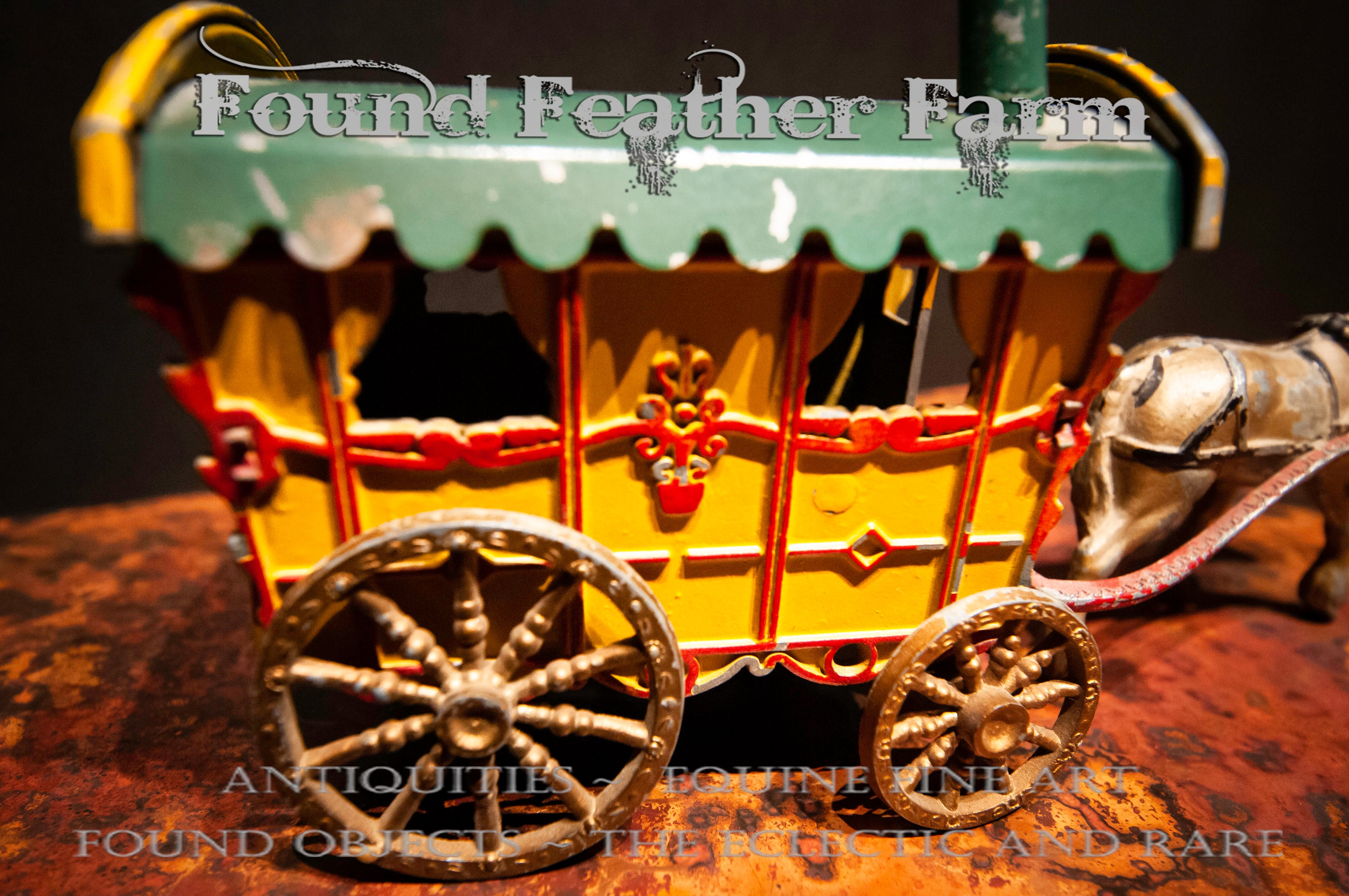 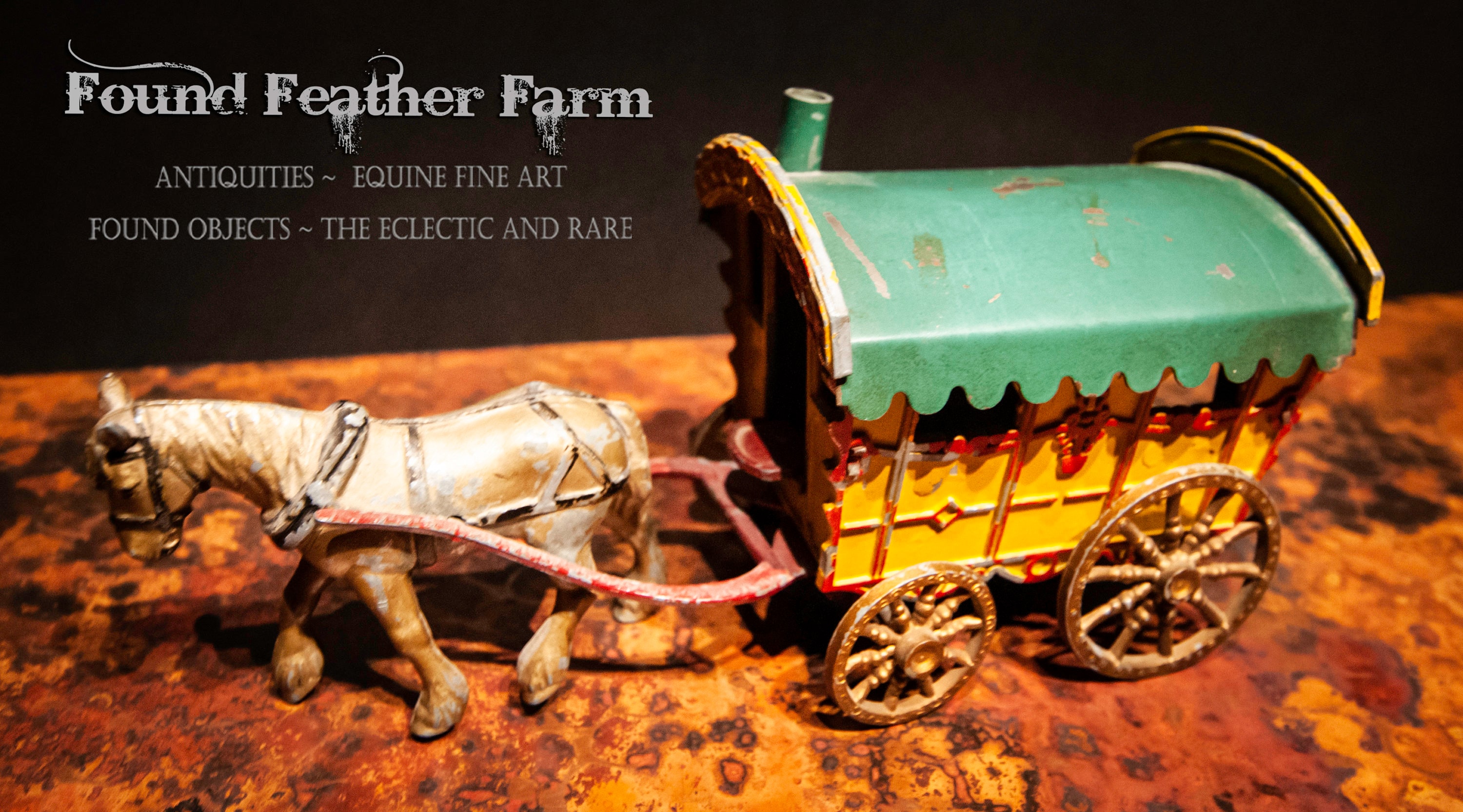 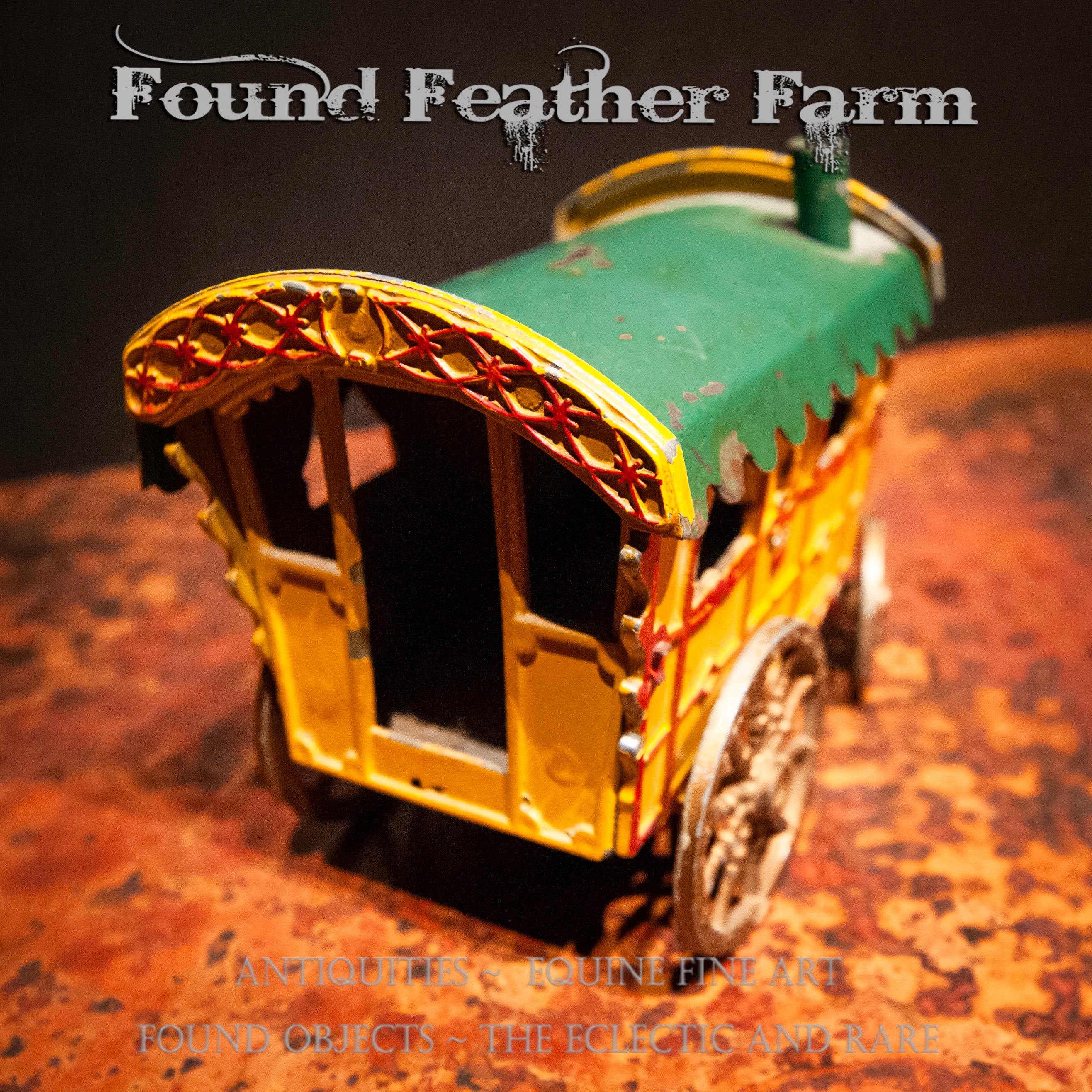 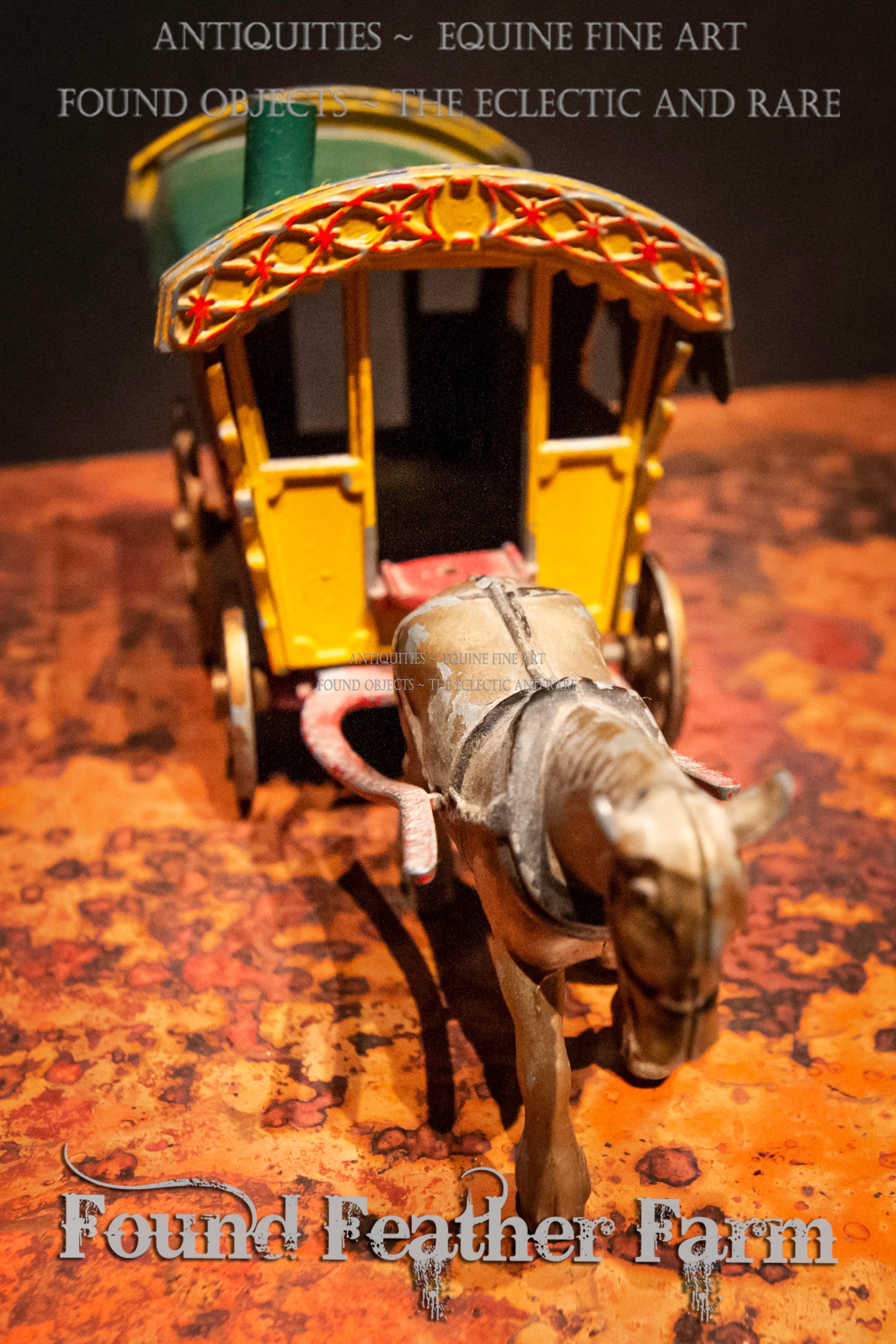 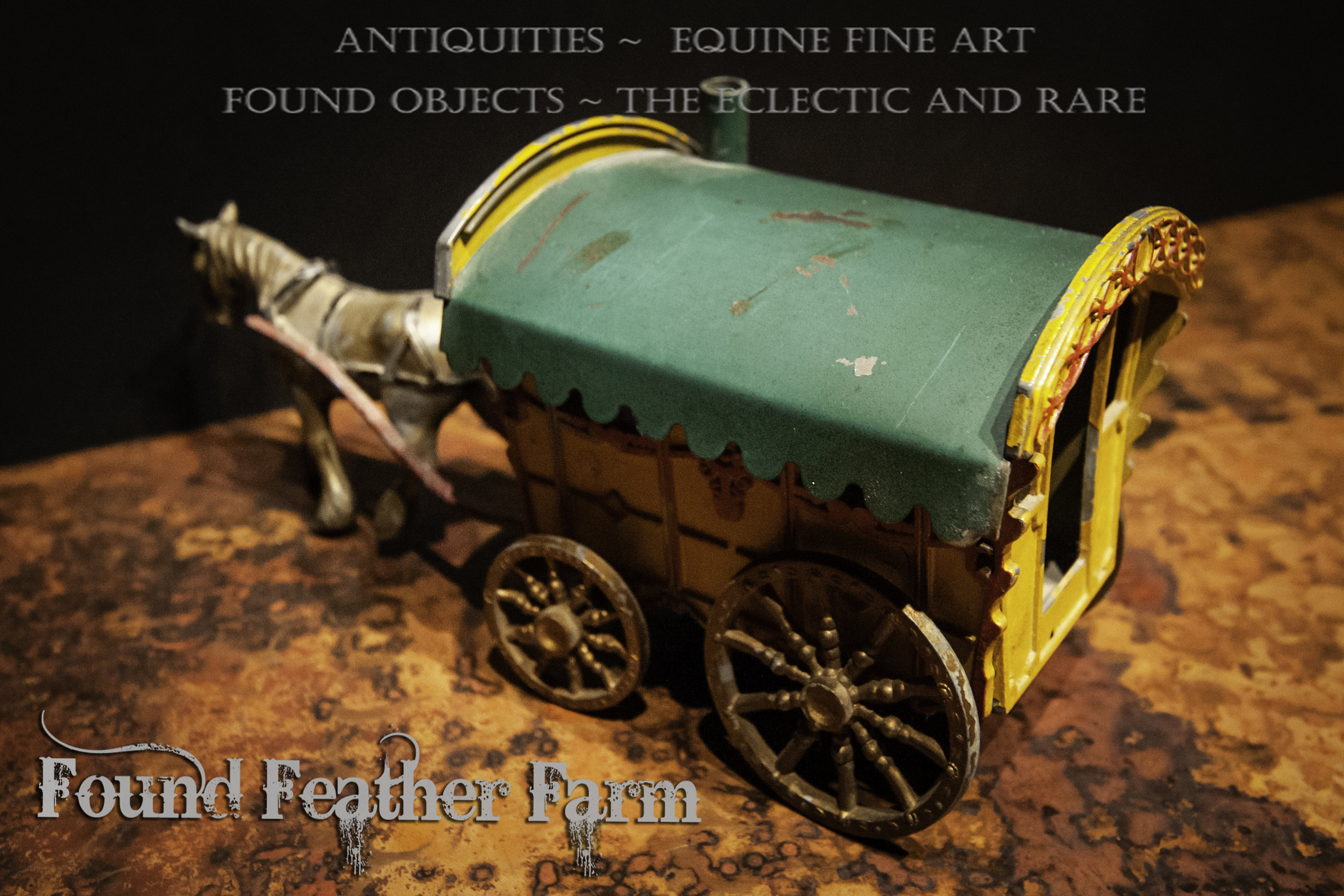 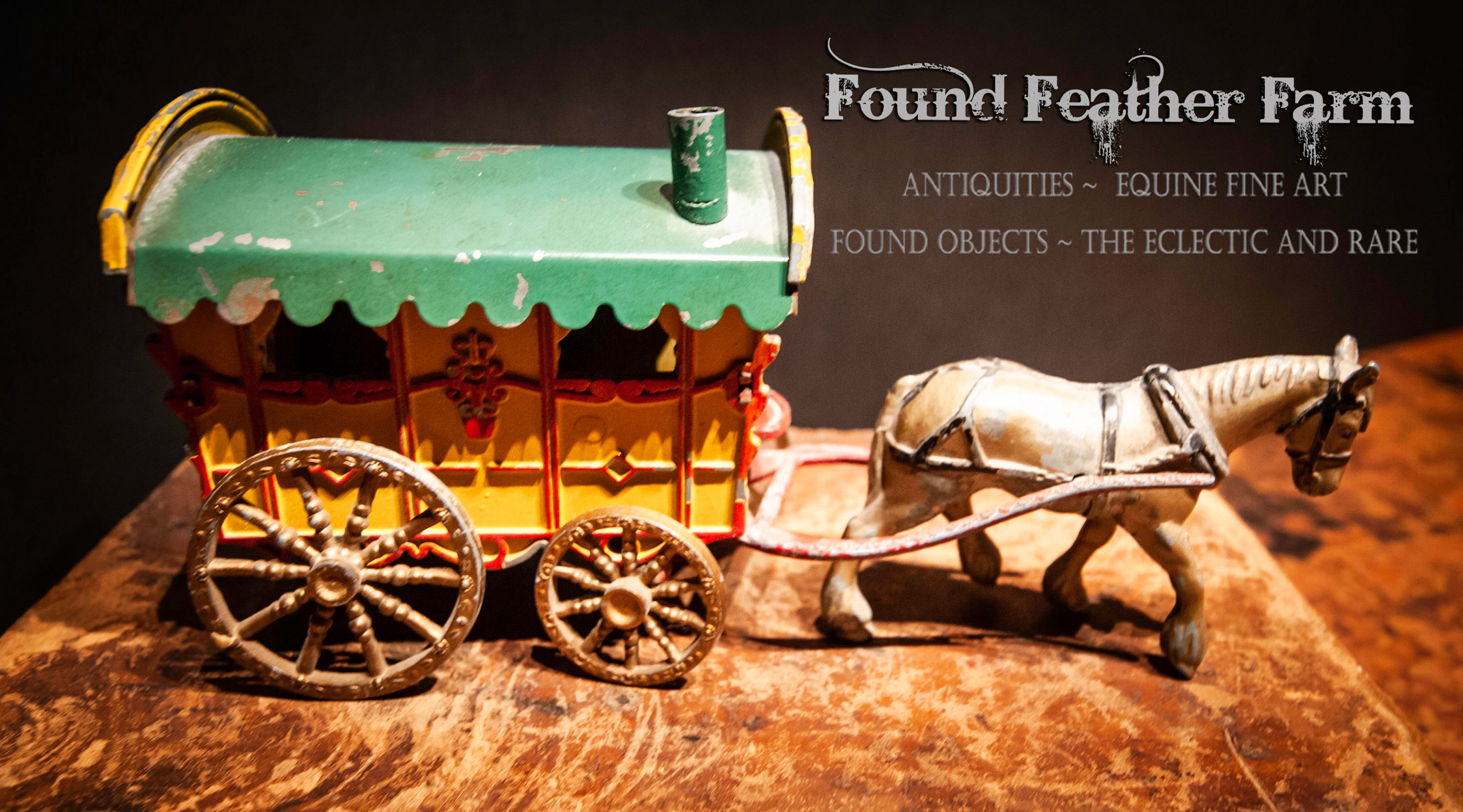 Very rare find!! This original vintage Morestone Gypsy Caravan set comprises a brightly painted yellow caravan with green roof and chimney, gold wheels and red detailing, all pulled by a metallic grey horse with black tack, and a seat ledge inside the front entrance. This highly collectible piece was made in Great Britain and originally issued in 1954-1955.
A very collectible vintage toy from England. A precious Gypsy Cob Horse pulling a Romany bow topped vardo in a vintage toy.

The Gypsy Caravan was a unique model in the Morestone range in several ways. First it was the largest in scale, second it involved a complicated construction using both diecast metal and tinplate componants, third it required extensive hand-applied decoration and finishing, and finally none of the parts, including the horse and gypsy figure, were used in other Morestone models.
Four seperately cast sides formed the main structure of the Caravan. These were riveted together at the corners and then a black tinplate base inserted to form a floor. The roof, also tinplate with curvilinear side edges and a cast chimney, sat over the tops of the sides and abutted the two ends.
A striking aspect of the Gypsy Caravan was the detail of the casting and the colourful decoration. Painted a rich yellow with a green roof and chimney, all four sides had extensive surface decoration which was picked out in red. The wheels were metallic gold but the shafts were red, as were the accessories of a seat at the front and a ladder at the rear.
The very decorative cast wheels were a feature of the model. At the rear, the axle ran through support holes on the sides, but in the front they were part of the shaft unit which was on a central pivot riveted to the base so that horse and wheels could turn. The only id. on the model was cast underneath the base of the shafts and stated 'Made in England'.

In great condition considering it's age. The original Gypsy woman and the red stairs have been lost through time.