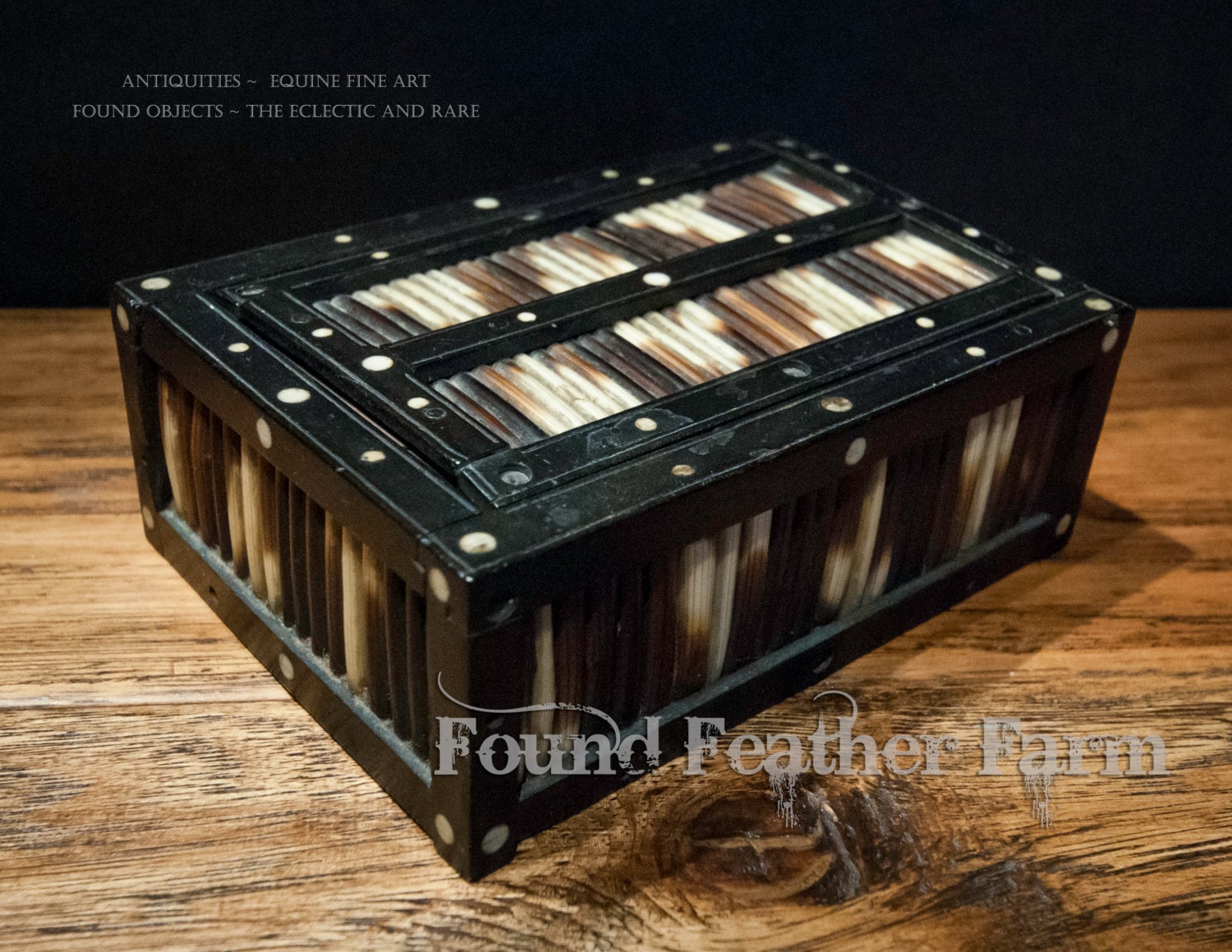 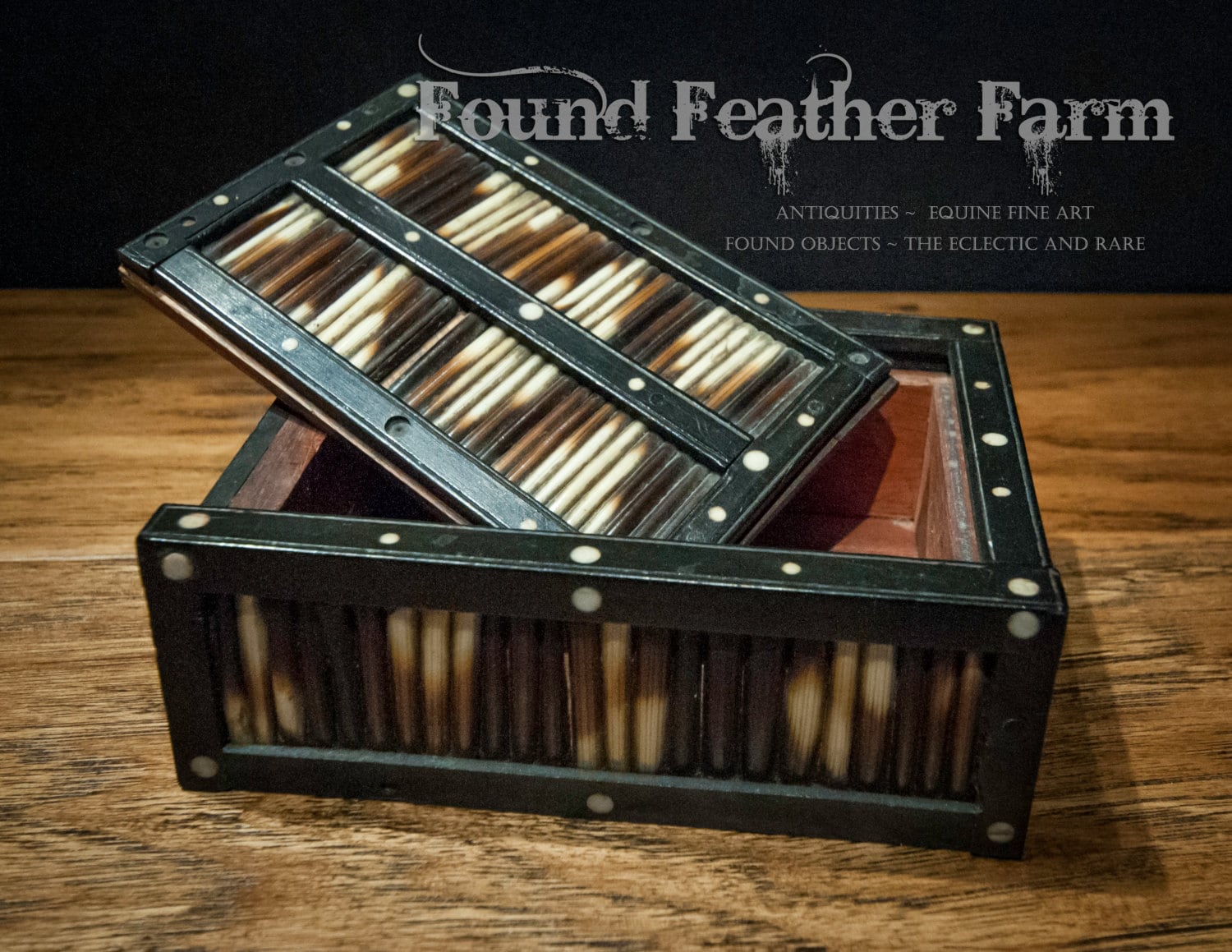 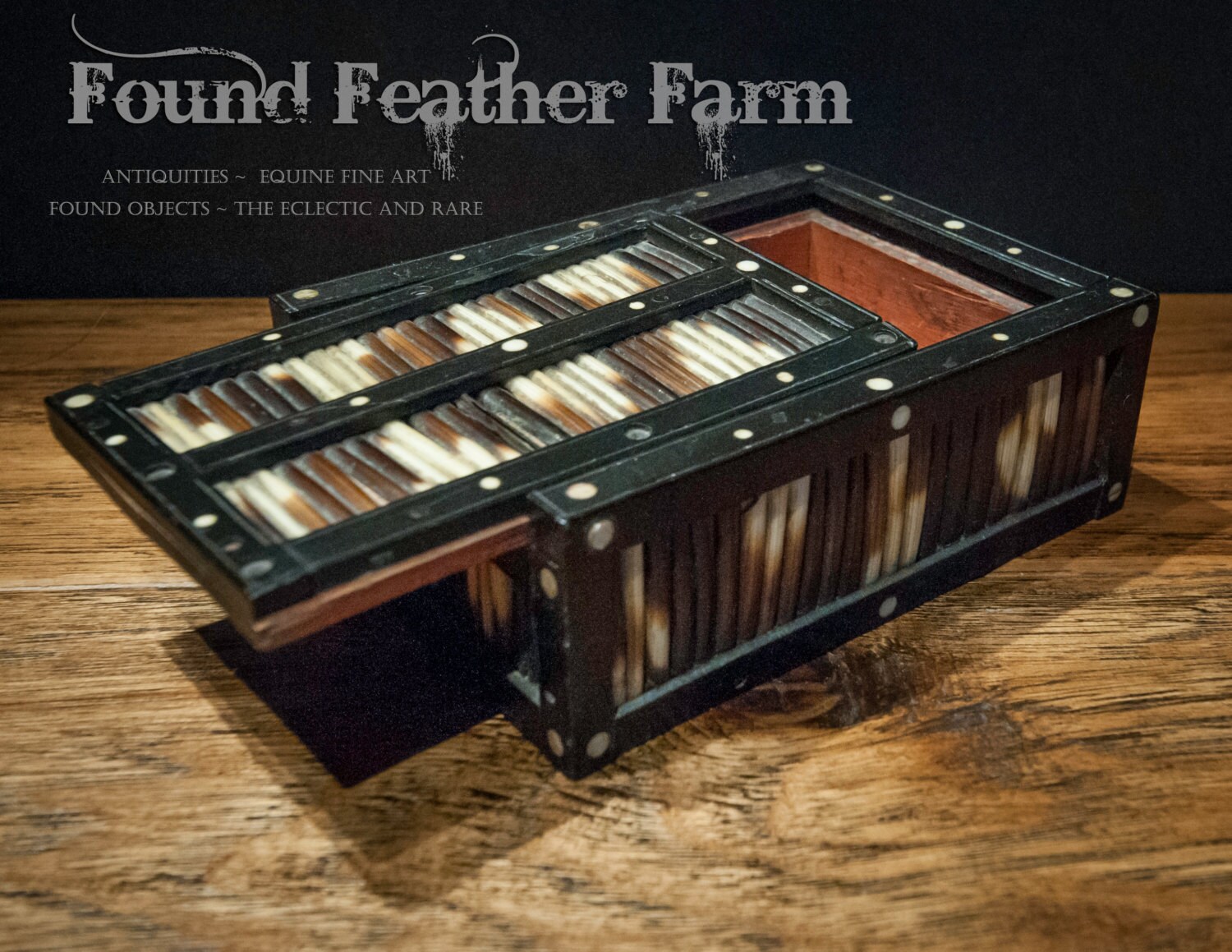 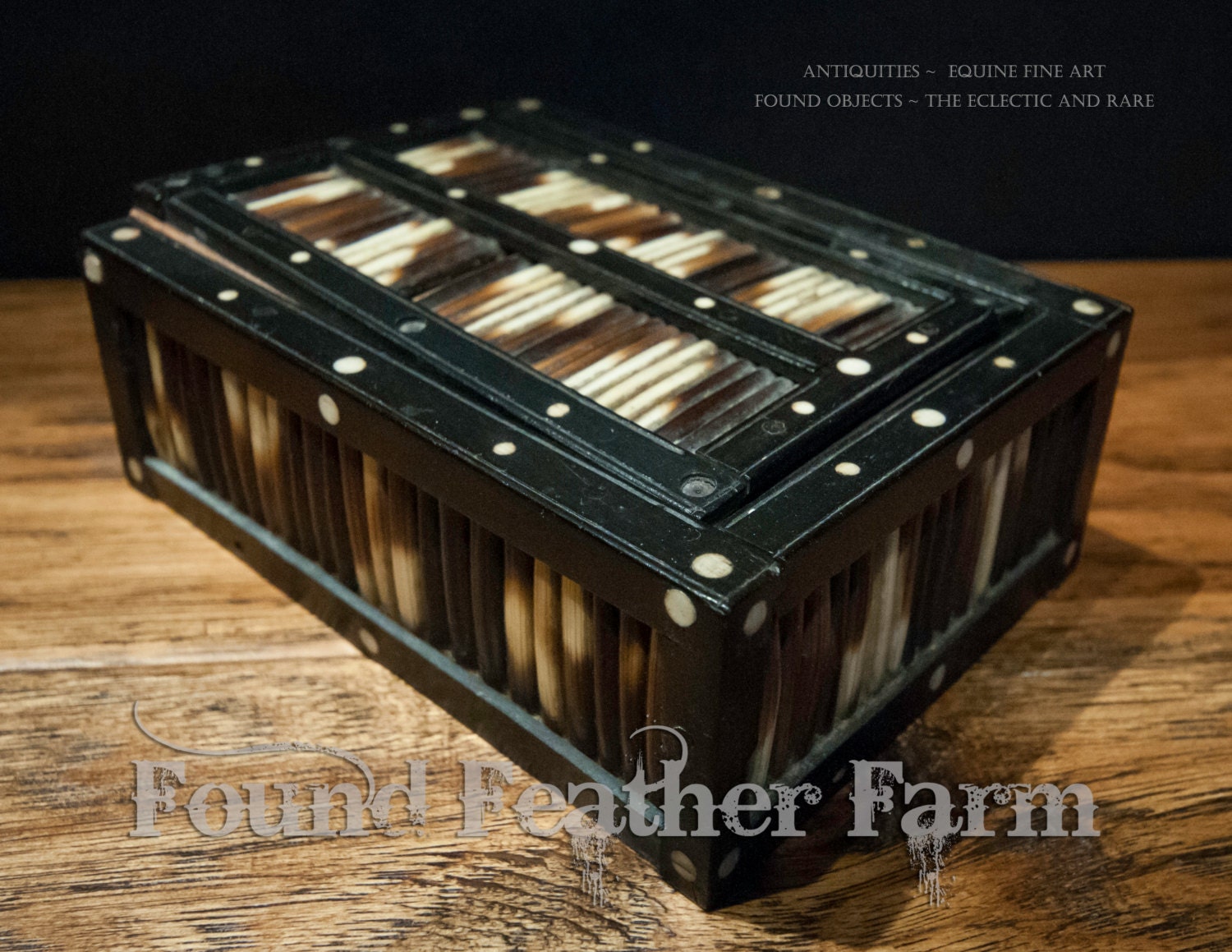 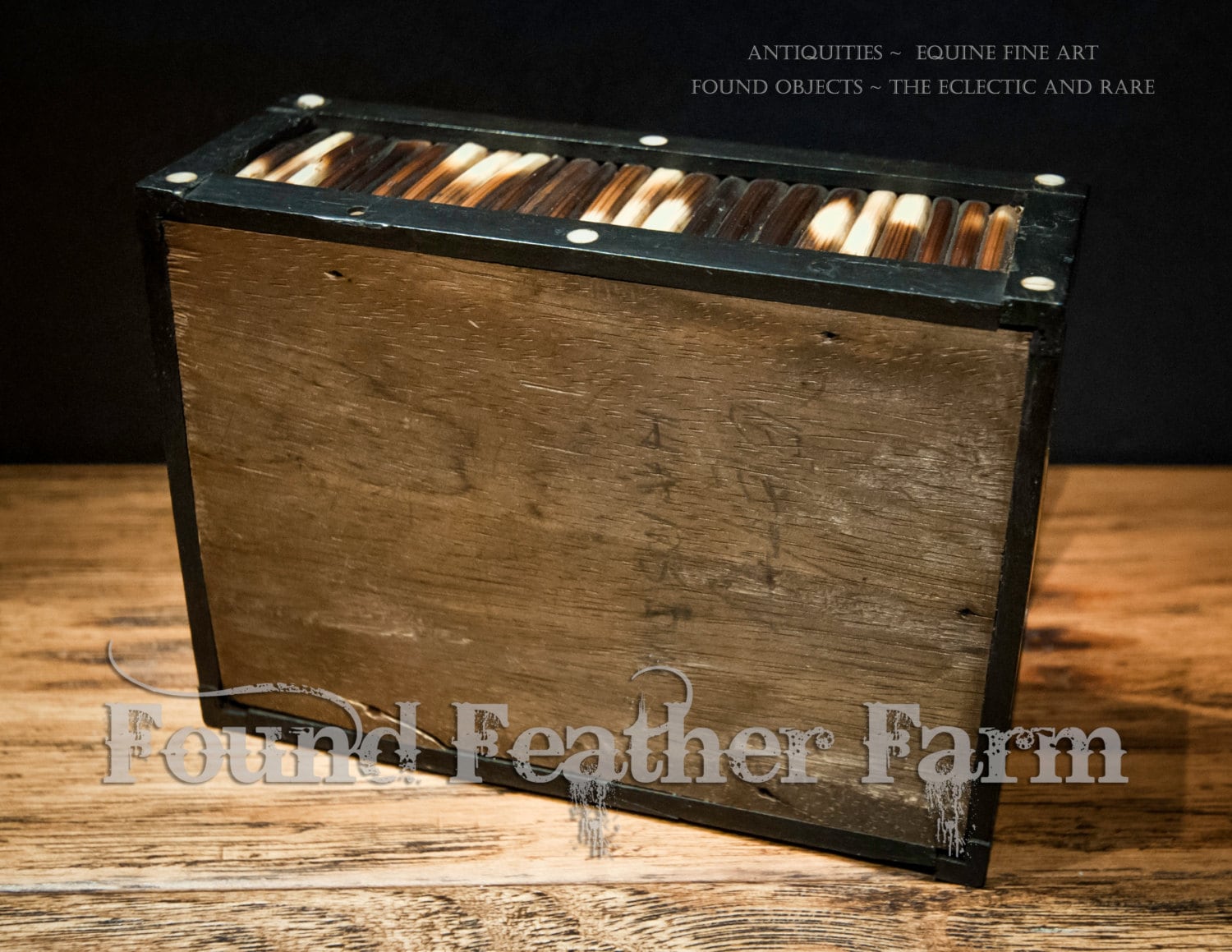 A lovely Porcupine Quill Antique Jewelry/ trinket box in very good condition. This piece is missing some of the tiny polished bone discs but is in good condition for it's age. The top slides open.

Production of Ceylonese ebony and porcupine quill boxes was focused in three areas of southern Ceylon (now Sri Lanka) – Galle, Matara and Matura – all important trading posts, benefiting from the thriving export trade. The style of the boxes was very much aimed at the demand of the European market, boxes imitated traditional English forms such as jewellery boxes, sewing baskets and writing boxes. Although porcupine quill boxes were originally made for English residents, by the late 19th century, there was a thriving commercial export trade.
Porcupine quill boxes on the market vary in quality enormously. As a general rule, the more work that has gone into the box, the finer and rarer it is. The number of tiny bone dots and their close proximity together are a good indication of a valuable box.

This box has the name Betty Hanson signed on the bottom.