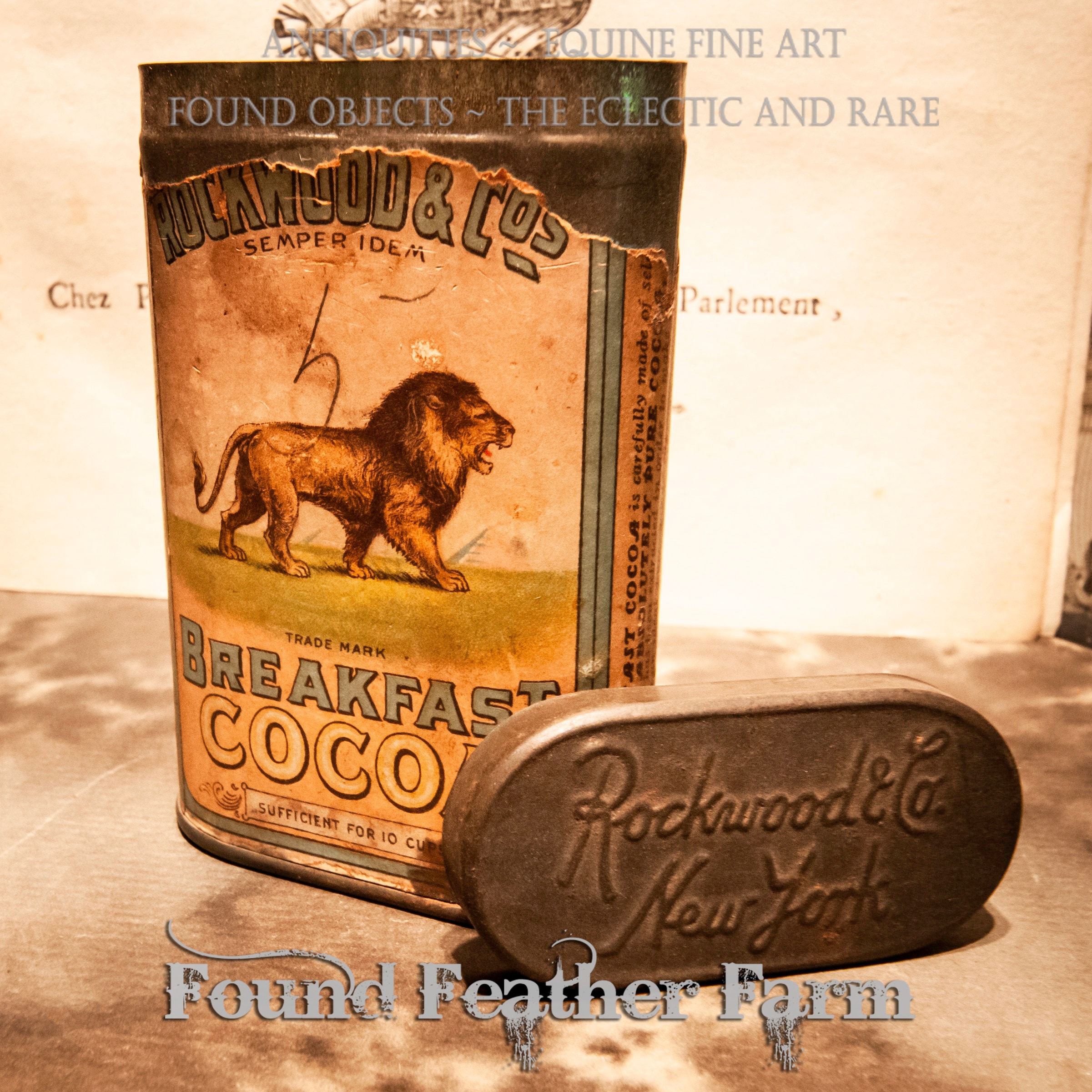 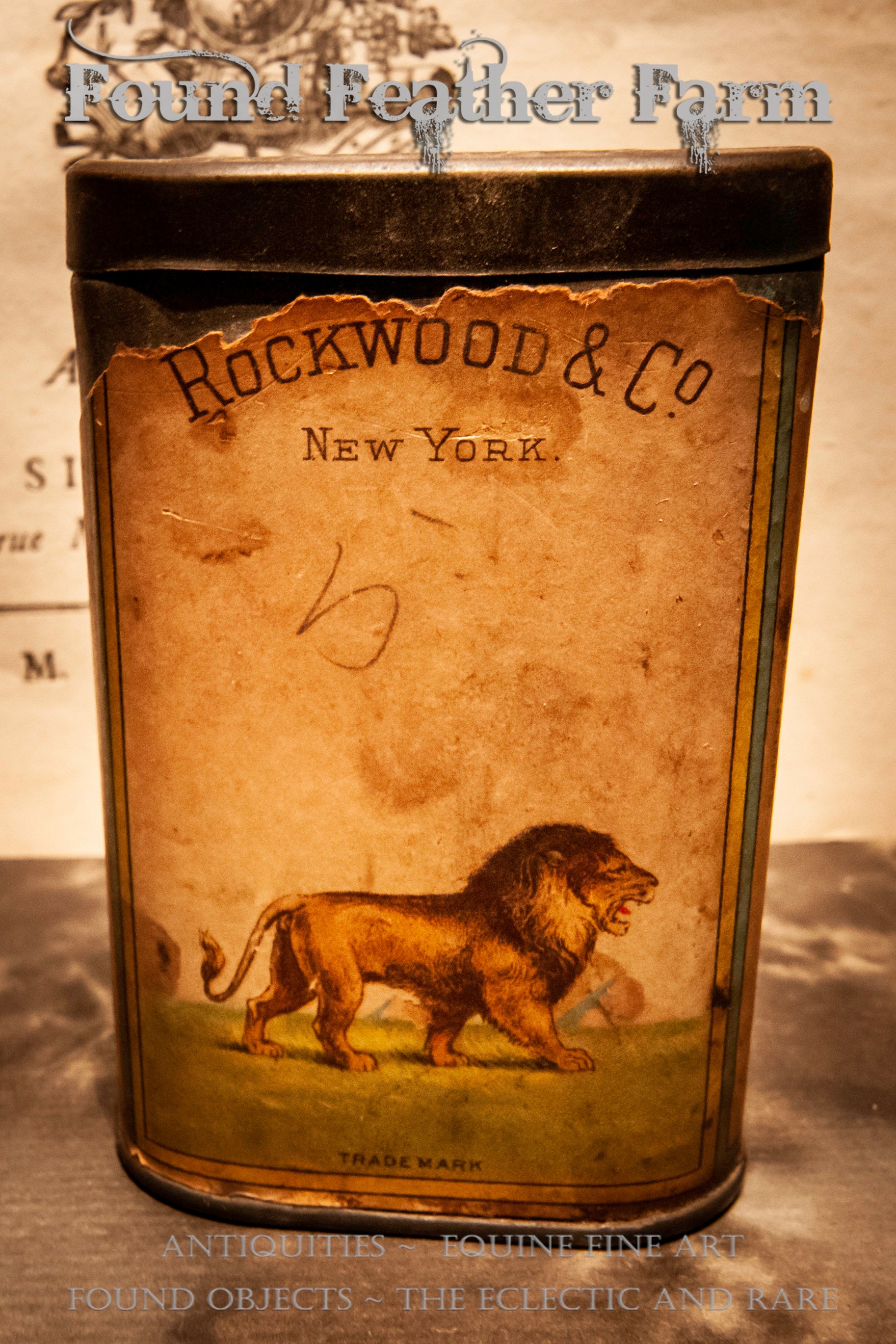 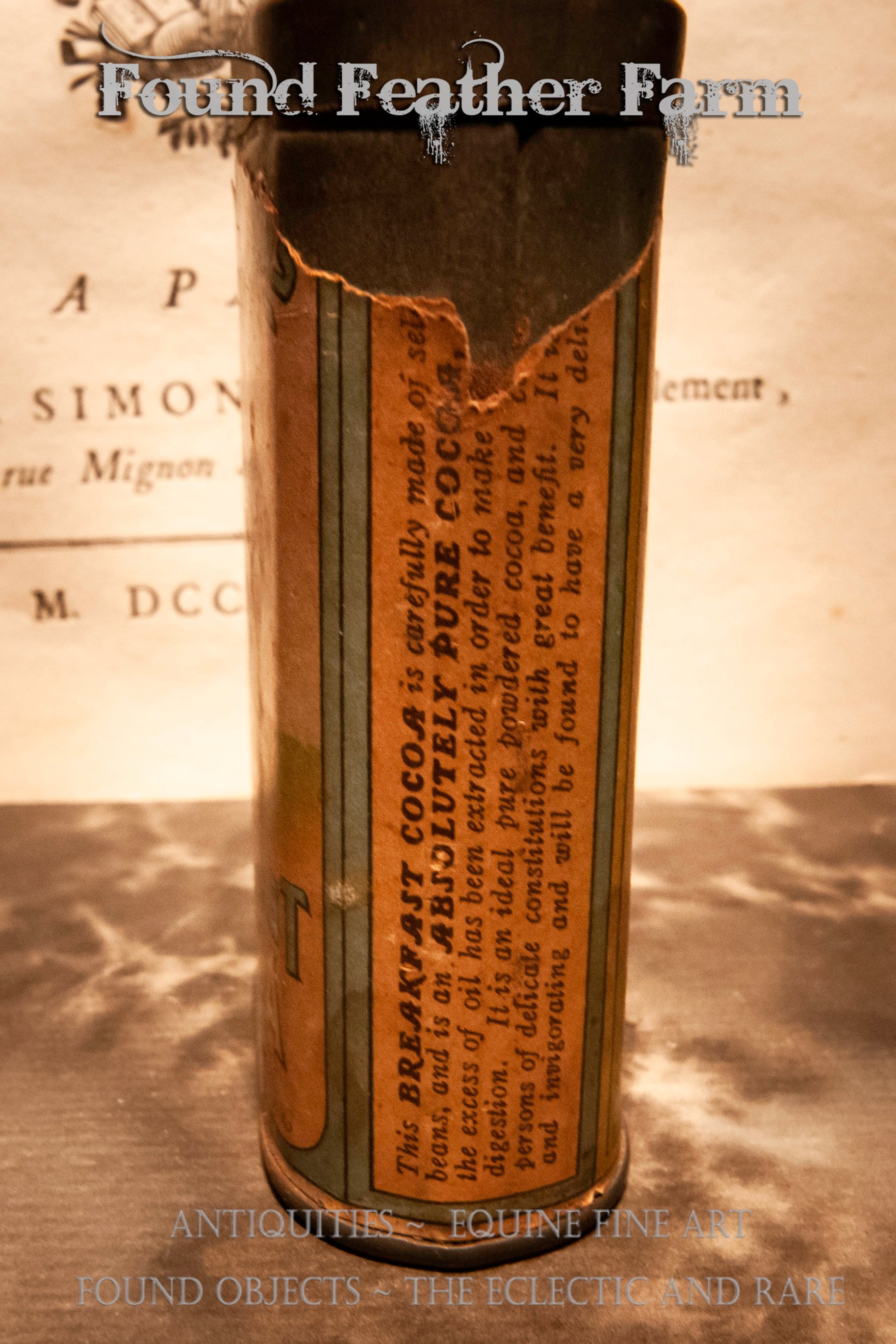 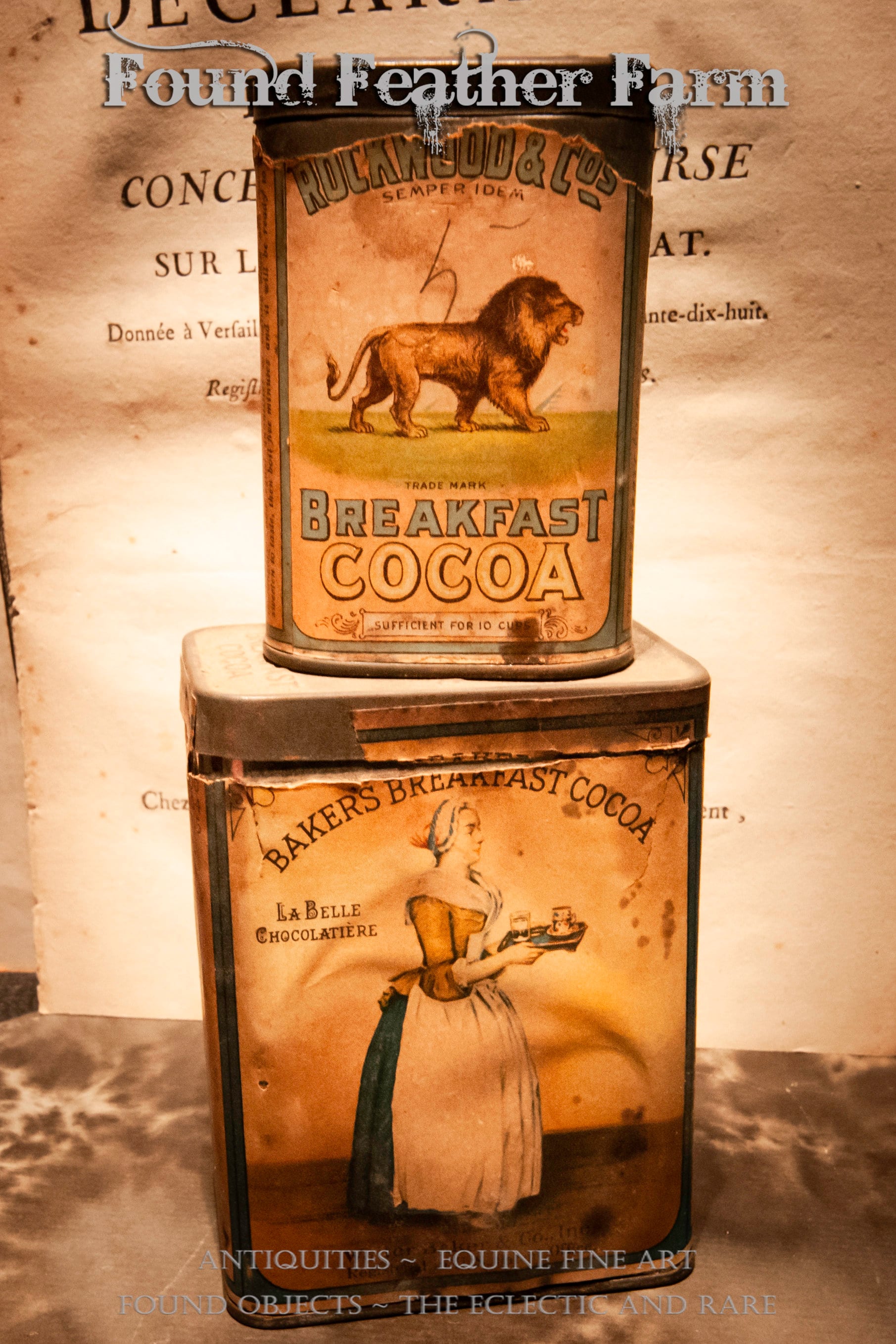 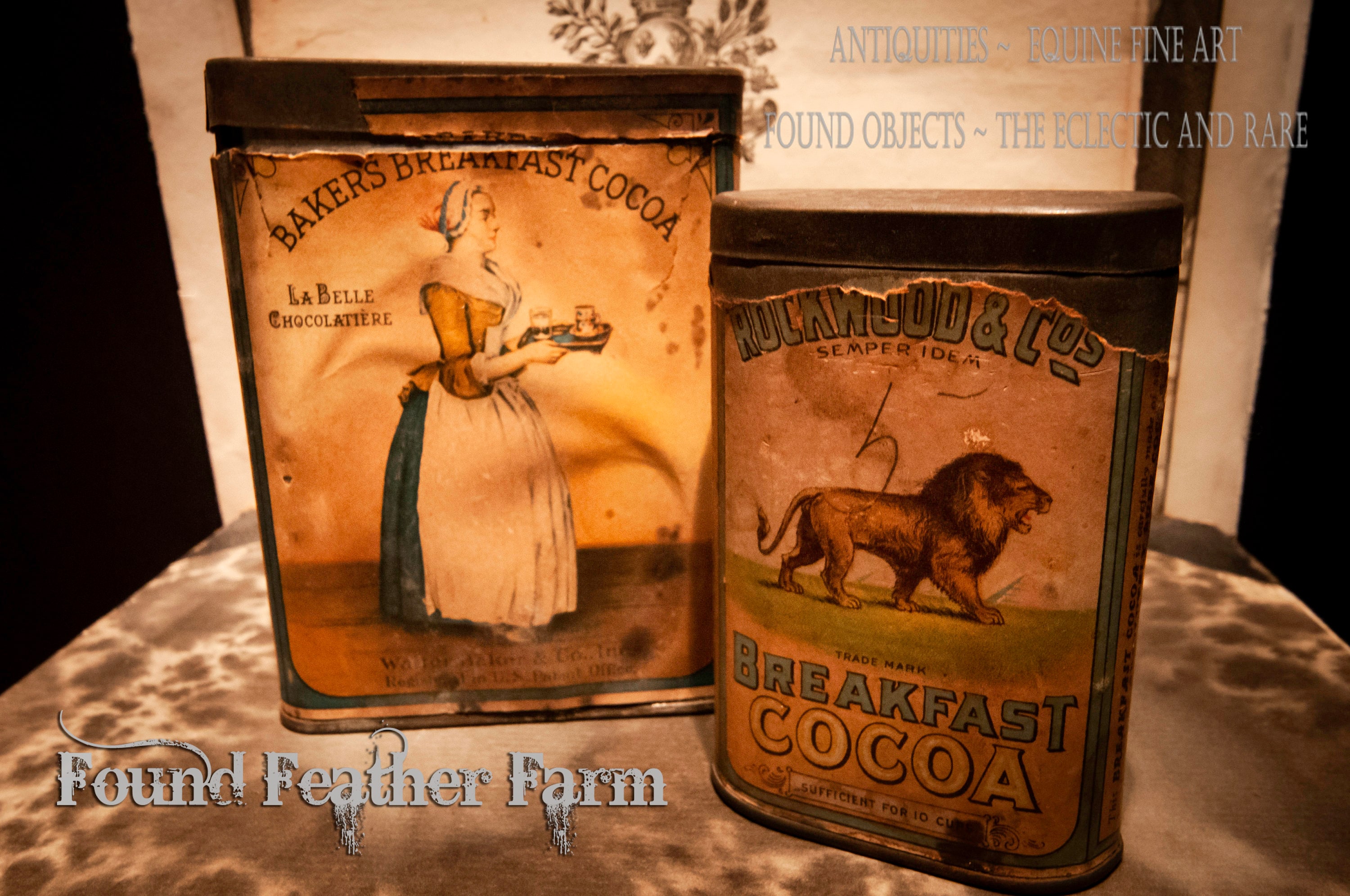 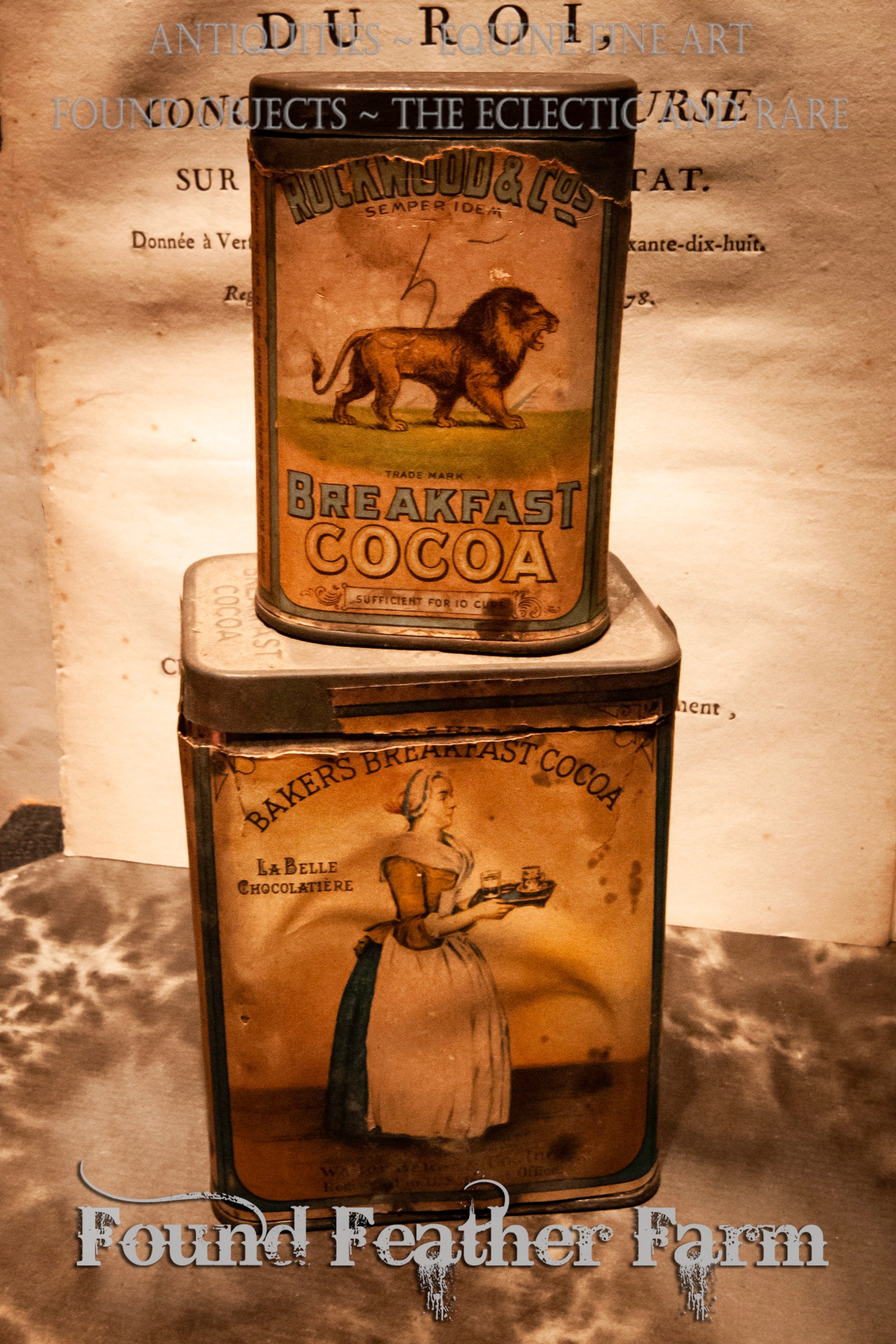 A very collectible antique Breakfast Cocoa Tin with it's paper label still intact. The words Rockwood & Co. New York are embossed into the tin lid. The paper label boasts the companies logo of a roaring lion on both sides.

In 1904, The Rockwood Chocolate Factory was second only to Hershey's in production and sales of chocolate in the United States, and over the next several years, the company gradually increased its New York footprint on Park Avenue, expanding northward to Flushing Avenue and westward to Waverly Avenue.

One of the more interesting events in the factory's history occurred in May of 1919. On May 12, a fire in the factory led to butter and cocoa melting and running into the street, creating a river of chocolate. The chocolate collected in the neighborhood's storm drains which also caused water to back up into the street. A newspaper account from the time recounted young children rushing into the street and scooping up handfuls of chocolaty ingredients. According to the Brooklyn newspaper, some of the smaller children were carried away in a scene that anticipated the fictional tale of Willy Wonka.